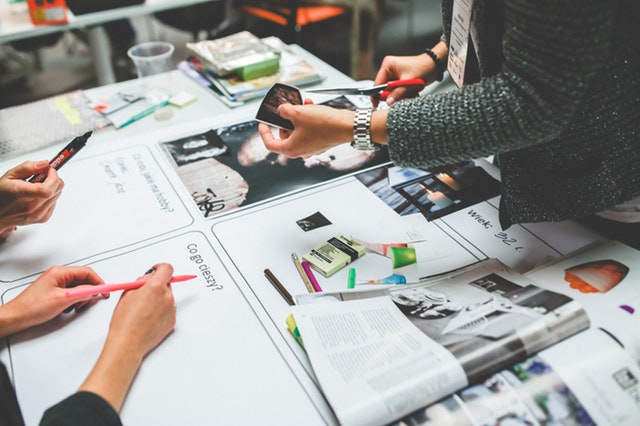 Media reports littered with depressing headlines may have caused you to catch a few side-eyes as you ventured into a career in media. But a job in the media industry is far more profound than the bad news bears rep it often gets. In actuality, media is the medium, or the channel of communication which we connect and form relationships across cultures (#realtalk). As technology continues to relentlessly connect each and every corner of the globe, media has become a rapidly developing industry with job opportunities for days. Landing media jobs overseas is the happy medium your wayfaring soul has been longing for!

Why Work Abroad in Media?

Media is a global field. Working abroad in media means being on the frontlines of global issues and acting as a gatekeeper and correspondent of information. Expats working abroad in media will be able to compare and contrast the media techniques used in their own country with that of their host country, and learn about new innovations as well as best practices.

By adding film jobs abroad or radio jobs abroad to your resume, you will be illustrating your high level of commitment to the field on a global scale. When it comes to media, an international perspective is most definitely a highly sought after attribute that future employers will appreciate!

Media is all about intentionally cultivating an environment fostering human connection across cultures. Tackling this feat will not only shine bright on your resume and, but provide you with an opportunity to cultivate a newfound humility and wisdom that you simply can’t reap at home. That’s what makes communications jobs abroad so special—and so important.

International media jobs can be found in nearly every nook and cranny across the world, so asking your wanderlust to narrow it down to a single location can be a challenge. Media is in large a communication career, so to begin sifting through the options, a good starting place is to ponder what languages you have under your belt. Otherwise, here are a few of the top places to work abroad in media:

South Africa is an exciting place to work abroad in media because of its history and recent society development. Due to its latest transformations, the radio, TV, and film industries have become broader, liberalized, and shared with other countries, and subsequently with different cultures. Due to its fast growth, expats are highly sought after fill media jobs in South Africa to offer fresh and new perspectives on the industry.

Australia and New Zealand offer many great media jobs abroad as well. Since English is the leading language for media around the world, these beautiful little gems of countries are perfect for expat life in media. The stunning outdoor landscapes and scenery make them a great location for film, TV, and photography, with an outstanding resume citing movies like Star Wars, Jurassic Park, and Lord of the Rings.

China is the place for serious challenge seekers. ICYMI, China is just a liiittle bit on the strict side when it comes to media—making their international media jobs one of a kind. The limitations and freedoms that come with working in media in China will include a heavy dose of government regulation and censorship than you might find in Western European destinations. Accepting a challenge like this will set you up as a top recruit for future jobs in media.

Media is a wide-reaching category that can encompass a variety of different jobs. Hence, the term ‘mass media’. No matter how you wish to share information with the world, there are jobs abroad for the Ron Burgundy (or Veronica Corningstone) in you.

The media industry comprises a number of various subfields. For example, social media management is one of the most popular and growing fields. The old school classics like TV, newspaper, photography, and radio jobs abroad are still alive and kicking in many countries. Also, film jobs abroad and cinema is always a fun and exciting field to get into abroad (did someone say location shoot?).

Because media jobs overseas are such a variety show, the average workday and business culture could vary drastically from place to place (and from field to field). However, the one fixed variable is that you must be familiar with the culture and the language of the place that you get a job abroad in media.

Media is all about entertainment. So most importantly, remember to have fun at your media job abroad! When you’re having fun, it gets those juices flowing and allows you to become a more quick-thinking and creative problem solver and just downright better at your job.

If you are interested in scoring a media job abroad, you’re probably aware that the way we communicate varies greatly between cultures (who knows, you could be flipping someone the bird when you think you are just giving a friendly thumbs-up!). Being overly cautious at first is best until you have a good grip on those cultural nuances.

As a member of the media, you must learn how to be impartial and open-minded, even when working on incredibly complex issues (much like the ones you’ll likely find abroad). There is no doubt that this may be difficult to do when you are out in the field observing social injustices occurring.

Obtaining international media jobs can be one of the most rewarding opportunities, as it’s a chance to truly understand how a culture communicates and become more skilled at intercultural communication tactics. Becoming the strong link between local communities and international supporters is big responsibility, but also a gift. You will be observing intercultural issues with the goal of showcasing these problems to a greater audience, with the hope of bringing the world together to resolve it.

Media establishments can sometimes get an undeservedly bad rap for self-aggrandizement that gets in the way of solving real problems. But the important take away point here is that media has the power to solve real problems. When you decide to get a media job abroad, you have the power to change the world! Cue I’ve Got the Power…