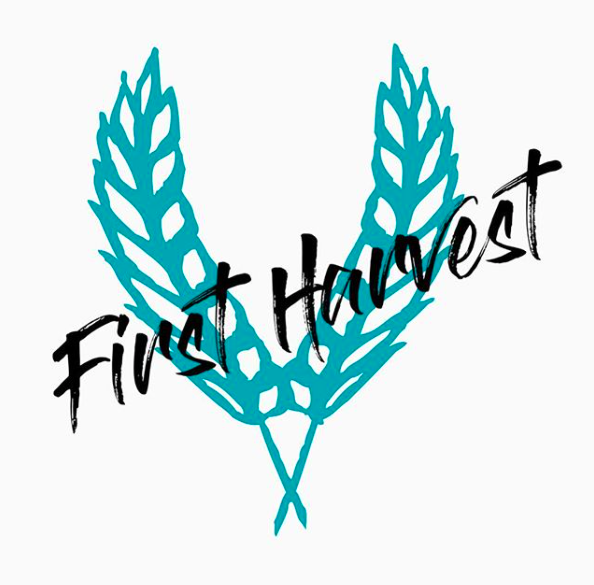 There’s something about finding a perfect piece of clothing—a fabulous, flowy dress (with pockets!), a cottony soft graphic tee that fits just right, or a super snuggly, super cute sweater you already know you’re going to live in all winter.

It makes your heart go pitter-patter as you step up to the checkout counter. Then you learn there’s more to it. There’s a greater purpose woven into its fabric. And when you discover what that purpose is—it tugs on your heartstrings.

Such is the experience cultivated at First Harvest Boutique.

First Harvest Boutique took root in the living room of Kimmie and Matt Bridges in 2016. When Kimmie could no longer ignore the feeling that she was housing a calling that thrived outside the nine-to-five, she quit her job, bought some clothes, and decided she was going to start a clothing store. She was eager and armed with everything she needed—except for any retail experience whatsoever.

“Worst-case scenario, she’d have a new closet,” says Kimmie’s husband and business partner Matt, who has been equally as involved in every part of the business since day one.

But Matt’s worst-case scenario never played out. They started to grow almost immediately and Kimmie’s new closet quickly developed into an online clothing boutique, which soon bloomed into a physical clothing store.

First Harvest Boutique cut the ribbon on their first brick and mortar store in December 2017 in Indianapolis and another just outside the city soon after. Mishawaka is now their third location of four.

“Mishawaka wasn’t on our radar. We had been scouting a few different locations and a friend of ours that worked in retail told us to check out South Bend,” says Kimmie. “We came to look at the mall and the city and fell in love with the area. We thought it would be the perfect spot to put our first store outside of Indianapolis.”

Now in the University Park Mall, First Harvest is continuing to carry out their mission: outfitting women with confidence.

The name First Harvest comes from Proverbs 3:9, which says to honor the Lord with the first of your harvest. That’s why First Harvest gives the first 10% of their profits to a women’s organization called Mercy Multiplied.

Every time you don the First Harvest logo, you are supporting the women who have gone through those things. The logo, which is two stalks of wheat forming the ‘V’ in harvest, has become a symbol that holds a weight and a beauty that surpasses its original intention to just represent the agricultural side of the story.

After about a year in business, the First Harvest brand, and its bohemian chic meets rustic country style, began gaining popularity and customers started asking when they were going to put their logo on clothes. That’s when Matt and Kimmie realized customers were associating their brand with something more, something actively making a positive impact in the lives of others.

More than just doing the “right” thing, First Harvest’s apparel is a fashion statement that’s truly making a statement. The logo and mission is a language that speaks for itself by allowing women to speak to everyone through her clothing without uttering a single word.

While Kimmie and Matt’s vision for First Harvest budded in Proverbs 3:9, it comes to fruition in the next verse. Proverbs 3:10 says when you do honor the Lord with the first of your harvest, He will fill your barns overflowing.

Kimmie and Matt have experienced this phenomenon in so many ways. They watched as it overflowed out of their living room and spilled into four retail locations and counting. They see it in their customers and amazing team members, bursting at the seams with passion and enthusiasm. And they see it in the women of Mercy Multiplied, brimming with hope and newfound confidence knowing that someone is rooting for them. A kind of support that yields fertile soil for them to put down roots and begin to cultivate their own harvest.

First Harvest Boutique continues to reap a greater harvest with each passing year. Their hope is to sow enough seeds to someday be able to expand internationally and outfit women with confidence across the globe.