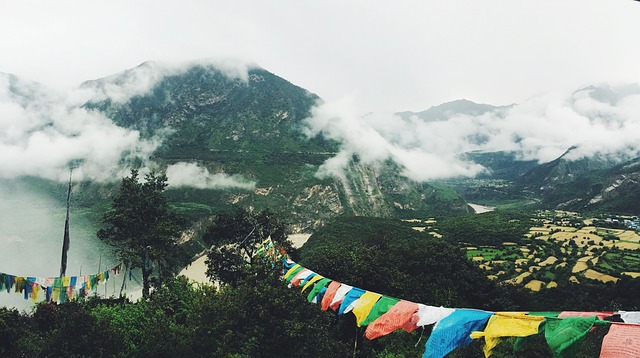 Sixteen thousand feet in the air, high above the Chinese mainland on the Northern slope of the Himalayas, lies the wondrous plateau of Tibet.

A faraway land of spiritual mystery to most, Tibet is governed by China as an autonomous region. Often referred to as the “Roof of the World,” entering Tibet feels like you’ve entered a different world entirely. It’s humbling, to say the least. Tibet is seriously breathtaking—and not just because of the altitude. Choosing to take your gap year in Tibet will leave you with no shortage of meaningful opportunities for education and development local communities—and yourself!

No matter where you land for your gap year programs in Tibet, your lasting memories are likely to be of the people. Always ready with a smile, and with great tolerance and openness of heart despite decades of hardship, it is the people that truly make setting foot in these popular locations in Tibet such a profound joy.

Lhasa. Lhasa is the capital city of Tibet, but more widely known as a city of wonders. Once you acclimatize, you realize that it wasn’t the altitude sickness skewing your vision—Lhasa really is that beautiful. The landscape of Lhasa has the ability to literally raise goosebumps (not just because it’s cold) and has also been able to successful preserve the essence of traditional Tibetan life amidst the hum of a modern cityscape.

Shigatse. Tibet’s second-largest town and the traditional capital of Tsang province, Shigatse is a sprawling city, with wide pedestrian-only boulevards outlined by colorful prayer flags fluttering freely in the wind. High on a hilltop overlooking the town, the majestic Shigatse Dzong will draw your eyes up with awe, but it is the Tashilhunpo Monastery (also called the “Heap of Glory”) that is the real draw as the seat of the second most important spiritual leader of Tibet.

Tibet gap years will be filled to the brim with a healthy ratio of meaning, purpose, and adventuresome shenanigans. How you decide to fill your gap year is entirely up to you, but be sure to check out the most popular activities to fill up your gap year in Tibet:

Volunteering. Opportunities to volunteer during your gap year in Tibet may include working at an orphanage, assisting with various community development projects, or digging into some agricultural work.  Many volunteer gap year programs in Tibet combine volunteerism with a variety of outdoor adventure activities in the Himalayas, such as trekking and kayaking. This can be a good way to explore the beautiful and exciting parts of the region during your gap year while also working to make a positive impact on needy local communities.

Teaching. There are a lot of opportunities for gappers in Tibet to do some teaching. It is common for gappers to lend a hand at local schools in Tibet teaching English or other subjects to young children (often with the assistance of a translator). Since Tibet is largely a poor agricultural region, education and literacy rates are fairly low, so foreign teachers are always appreciated.

Everything Else You Need to Know About Gap Years in Tibet

Costs. Tibet is a very affordable region for gappers traveling from developed countries. However, prices tend to increase greatly around the province’s tourist attractions, so be mindful about what you spend in these areas. Most individuals that take a gap year in Tibet will find that programs cover the costs of housing, meals, and excursions in upfront program fees, so volunteers typically will not have to worry about day-to-day expenses too much. Gap year programs in Tibet are entirely worth the investment, but costs can also be alleviated with a FundMyTravel campaign!

Accommodations. Your accommodations are likely to be basic during your gap year in Tibet. You will certainly be treated with great hospitality and care as a gapper, but should be prepared to live like a local. Most gap year placements in Tibet are located in rural areas, away from most Western luxuries. Living basically among locals is all part of the gap year experience, and will make Tibet gap years all the more rewarding. You will soon come to discover that most luxuries of living are by definition unnecessary, and life becomes much simpler the less you have.

Visas. In order to take a gap year abroad in Tibet, you will need to apply both for a Chinese visa and special entry permit for Tibet. Chinese visas can be obtained easily through your local embassy, and it is likely that your program provider will help to facilitate the special entry permit for Tibet. One-entry Chinese visas typically last for six months, while Tibet permits last three months. For more information, check out GoAbroad’s Embassy Directory.

Safety. Overall, Tibet is a safe place where you will encounter friendly people. One thing to keep in mind during your gap year in Tibet is to take extra caution in preparing for altitude sickness. The main thing is to give your body enough time to acclimatize before going higher to stay safe. Also, because you are so high up, the sun is going to be very strong. Don’t forget sunscreen!

Talk about forging your way down a path less traveled. A gap year in Tibet is the ultimate path less traveled. Go you! In trekking down this path, you will find that there is something significant about the solitude of the Himalayan landscape and the Tibetan Buddhist community that creates a fantastic introspective experience that will promote off-the-charts growth on your gap year abroad in Tibet. Soak it in.

Gap years in Tibet are more commonly proposed in the summer months because winter can become bitingly cold and harsh in Tibet. If the cold never bothered you anyway, then more power to you. But fair weather gappers won’t be criticized for dipping out before winter blows in. On another note, thankfully, gappers are not expected to know how to speak any of the Tibetan dialects in order to do a gap year in abroad Tibet, and English will generally suffice.

Any garden-variety hipster can tape up a string of Tibetan prayer flags to brag of their “worldliness.” But actually going to Tibet and breathing in the mountain air fortified by prayer flags is something different altogether. Prayer flags are used to promote peace, compassion, strength, and wisdom and when blown by the wind, spread the good will and compassion into all pervading space.

Just as life moves on and is replaced by new life, Tibetans renew their hopes for the world by continually mounting new flags alongside the old. This act symbolizes a welcoming of life’s changes and an acknowledgment that all beings are part of a greater ongoing cycle. When you decide to do a gap year in Tibet you will welcome life’s changes and reach a higher plain and realize there is a higher plan for your life! Coming back down the mountain will leave you with a new perspective that will certainly change you forever.

When it is obvious that the goals cannot be reached, don't adjust the goals, adjust the action steps.
Confucius