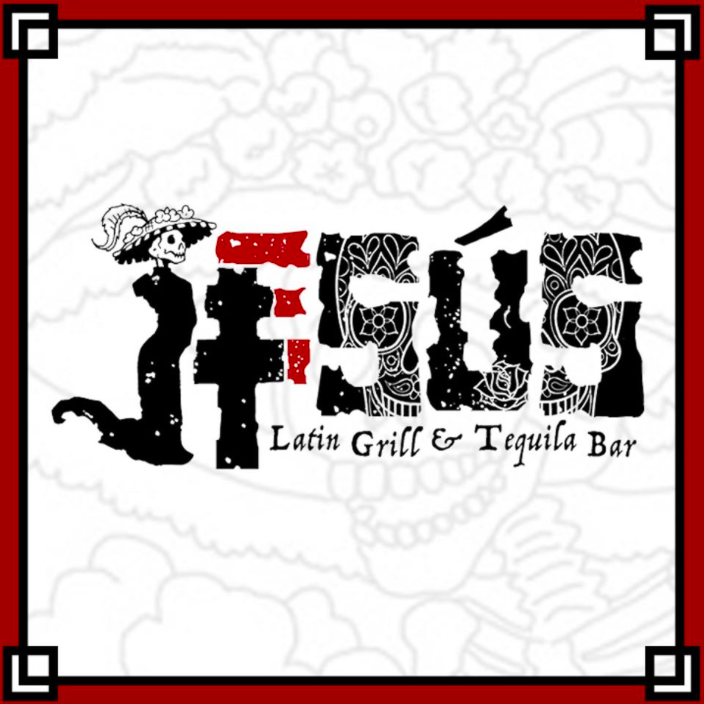 People go to Jesús Latin Grill & Tequila Bar for the same reason they go to church: for a transcendent, out of this world experience.

Jesús Latin Grill & Tequila Bar was founded by George Pesek using the same philosophy he’s employed throughout his career as a chef and restauranteur: use only the highest quality ingredients, surround yourself with people who are as passionate as you are, improve your technique each and every day, and give your customers what they want.

For five years, Pesek would drive by the Carnegie Library in Mishawaka, honing his vision for the historic building. In 2016, Pesek worked up the courage to knock on the door of 122 Hill St., a building that served as a single-family home at the time, and ask if they would sell it.

The building has now been transformed into Jesús Latin Grill & Tequila Bar—a restaurant offering an authentic and unique Latin food experience that infuses cultures and flavors from the Caribbean and Central and South America.

“The big misconception is that we are a Mexican restaurant,” Pesek said. “But we’re far from it. You are not going to have chips and salsa here and you will find a lot of stuff on the menu that you would have had to travel very far to see.”

The menu, curated by Executive Chef Drew Sachau, tells a tale of opulence and intrigue as it journeys from the northern Mexican border all the way to the southern tip of Argentina.

“Too often in the United States you go to a Mexican restaurant and you get a bean and cheese burrito smothered in enchilada sauce,” said Sachau. “Nothing’s wrong with that, but there’s so much more culturally involved in the food and the passion that goes into making the food in Latin America.”

Executive Chef Drew Sachau’s has succeeded in fashioning a menu as diverse as Latin America’s people and topography, which leads the way in a dining experience that is an endless adventure. The menu is exceptionally well balanced and showcases a spectrum of bold colors and fierce flavors that ignite the taste buds in a way that won’t leave you searching of a glass of milk to quell the fire.

Although the menu spans across all of Latin America, a lot of emphasis is placed on Argentinian cuisine as well as Peruvian cuisine as complex as the country’s most intricate and exquisite weavings. And satisfying that carnal craving for flame-charred and fork-tender meats isn’t hard to do at Jesús Latin Grill. Entrées like the Pollo a la Brasa and the Oaxacan Mole Madre are so tender you don’t even get anything other than a standard set of table silverware—you won’t need anything else.

Like the menu, the decor is inspired by Latin American culture with exposed brick, steel, and glass around the space. Michigan artist Robert Winslow’s work is utilized throughout the restaurant to give a raw and abstract feel, something that demands more than a quick glance from customers. Plus, the alluring, almost tangible aromas wafting out of the kitchen window where customers can watch juices mingle, flavors intensify, and textures tenderize completes the all-inclusive sensory experience.

And then there’s the tequila bar. Filled with deep-rooted traditions and agave-based liquors, the tequila bar features a dizzying array of hand-selected tequilas and mezcals, many used as the foundation of their handcrafted cocktails. A crowd favorite, The Tamarindo, is nothing short of an explosion of flavor. Both the mezcal and tequila give it a nice bite that complements the bright, clean heat and sweetness from the arbol chili simple syrup and orange liqueur. To top it all off, it’s garnished with a strip of housemade tamarind fruit leather and a jolt of lime.

Whether you go for Sunday brunch, lunch, or dinner, Jesús Latin Grill & Tequila Bar is a restaurant of indefinable magic that hemorrhages nothing but passion, vibrancy, and exuberance. The tireless Latin energy ricochets off walls and is absorbed into the food, nourishing the souls of the customers. Dining at Jesús Latin Grill & Tequila Baris nothing short of a spiritual awakening of the senses where the best food is never forbidden.